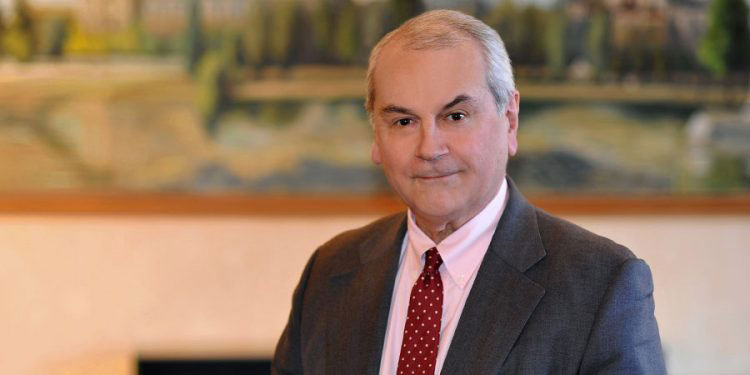 Armed with international training (Max-Planck-Institut in Hamburg, New York University), he advises and represents clients with their investment projects (foreign investments in France, as well as French investments abroad), their mergers and acquisitions (e.g., a 3 billion Euro investment by a foreign fund for an equity interest in one of the major French energy companies).

Michel Béjot has substantial experience in international litigations (intellectual property, advertising, media, distribution and agency) and has developed a robust practice in matters concerning information technology and the internet, starting at the outset of that technology in France by assisting some of the major access and content providers with their inception on the European market.

He represents French enterprises as well as large international groups of companies doing business in France, in both contentious and non contentious matters relating to a variety of activities such as energy, food products, consumer goods, telecom services.

Michel Béjot is one of the founding members of the international organization now known as the Global Advertising Lawyers Alliance (GALA). He is also a member of the International Trademark Association, (INTA – member of the committee Right of Publicity), of the International Technology Law Association (ITechLaw), of the Autorité de Régulation Professionnelle de la Publicité (ARPP) and of the Board of directors of the European American Chamber of Commerce (EACC).

He participates regularly, as a speaker, in conferences in France and abroad on topics related to business law, advertising and media law. He published numerous articles in his areas of specialization, contributed to a number of publications and is one of the two co-authors of the set of books “Doing Business in France” which covers the entire field of French business law.

Michel Béjot is named, in the Guide Décideurs 2017-2018, in the following areas:

in the WTR 1000 Guide – The World’s Leading Trademark Professionals 2018 – among the experts recommended in the field of trademark litigation, and in the Who’s Who Legal 2018, in the fields of information technology and personal data.

“Claim Against an Ad Broadcast on a Website Accessible in France but not Targeting the French Audience: Do French Courts have Jurisdiction ?“ (co-author), Edition Global Advertising Lawyers Alliance (GALA), Gazette News December 2017

“Prohibition Of Advertising For Tobacco Products Vs. Freedom Of Speech: The French Supreme Court Decided To Have The First Prevail Over The Second“ (co-author), Edition Global Advertising Lawyers Alliance (GALA), Gazette News July 2016

“How to ensure the protection of young consumer in a new digital World ? A European perspective” (co-author), Edition Emerald Group Publishing Limited 2013